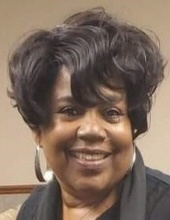 Deborah Ann Rivers passed away February 4, 2022 in Indianapolis, Indiana. She was born May 14, 1953 in Lorain, Ohio to David Rivers and Lillie (May) Edwards.

Deborah loved to shop. She was known for her fashion sense and wearing beautiful jewelry. Deborah attended the East Lawrence congregation of Jehovah’s Witnesses. She studied the bible and became an unbaptized publisher.

Deborah’s smile was contagious and her laughter lit up the room. If you knew Deborah you knew her favorite saying. She was such a wonderful and beautiful soul. She will be sincerely missed.