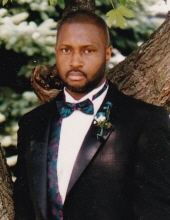 David was a graduate of Manual High School. After graduation he pursued a career as a heavy press operator at Rexnard/Link Belt starting in 1974. David performed various duties at Renard/Link Belt for 31 years until his retirement in 2005. After his retirement David worked for several other companies, including Eli Lilly, St. Elizabeth Seton Catholic Church and the Eiteljorg Museum.

David truly loved the Lord and was a man of faith. He had a passion for people, witnessing and praying for many at hospitals and nursing homes. He loved to fish with his good friend Herman. He enjoyed watching and attending car shows. He also had a passion for cooking different kinds of meat. David also enjoyed both travel and “joking” around. One of his favorite Bible verses was Proverbs, Chapter 3, Verse 5: Trust in the Lord with All Thine Hear; and Lean not unto Thine Own Understanding. He loved his pastor, Pastor Ann Offett, the Jesus Church Assembly I, II & III and his spiritual mother, the late Evangelist Ida Eldridge.