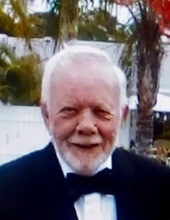 INDIANAPOLIS, IN – David Schum, 84, of Indianapolis, IN, passed away peacefully on December 27, 2021, just 8 short days after his beloved partner, Sharon Murley.

David was born March 21, 1937 in Dale, IN. He graduated from the Kentucky Military Institute in Lyndon, Kentucky. He went directly into the Air Force and was stationed at Laredo Air Force Base in Texas. He held the commission of Colonel with the Honorable Order of Kentucky Colonels. He held numerous jobs throughout his life along with a private pilot’s license.

Dave will be remembered as a vivacious, thoughtful, and caring man who enjoyed boating, cars, planes, traveling, history, and was an avid reader. Dave spent the winters in Florida for nearly 10 years where he and his life partner, Sharon, made some wonderful friendships and had many cherished memories.

Dave dearly loved his family and was always very involved in his children and grandchildren’s lives. He was a consummate gentleman who made friends everywhere he went and he will be lovingly remembered for his happy disposition, his zest for life, and his hearty laugh.

Dave was preceded in death by his father Andrew, mother Barbara, brothers James and John, and very recently his life partner, Sharon Murley whom he spent several years caring for until her death.

His life will be celebrated alongside Sharon’s on Thursday, December 30, 2021 from 3:00 – 5:00 at Harry W. Moore Chapel, 8151 Allisonville Road in Indianapolis. Memorial gifts can be made to St. Jude Children’s Research Hospital.
To order memorial trees or send flowers to the family in memory of David Schum, please visit our flower store.