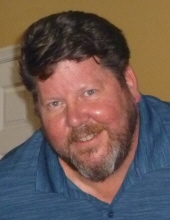 David Brian Menzer was born on June 20, 1971, to Janet and Herman Menzer in Silver Spring, Maryland and grew up in Montgomery County, Maryland. He was born on Father's Day that year, and his mom described him in her 1971 Christmas letter as being an "endless source of free entertainment."

As a child, he was involved in Boy Scouts, played guitar, enjoyed playing outside and in the woods behind his house with the neighborhood boys, playing Dungeons and Dragons and painting lead figures, He played JV football at Richard Montgomery. He collected and kept as pets several snakes and turtles from the woods over the years to the undoubted delight of his mother.

He also worked from an early age, reflecting his father's belief in the value of learning how to support yourself. He had a paper route as a young boy, worked for the Rockville Library shelving books, stocked shelves at the local grocery store, and did road work during the summers when he was home from college.

He attended Frostburg State University, graduating in 1994 with a double major in Social Science and Political Science.

He was able to pursue his passion for political advocacy on environmental, utility, and other consumer issues through his first job out of college with Citizen Action in Maryland and then with Citizens Action Coalition of Indiana, first in South Bend and then in Indianapolis. Dave also worked for Indiana Community Action for several years and returned to CAC in 2013.

One of the highlights of his political work was in 1999 when he was arrested along with 16 others in St. Joseph, Michigan for protesting at the Cook County Nuclear Plant. Another was in 2007 when he was quoted in Mother Jones magazine in an article they did about the sellout of America's highways to foreign investors, because of his work on a campaign to try and prevent the privatization of the Indiana Toll Road.

Dave also met his wife, Luella through his work with CAC. They met over a keg at the Notre Dame Convent following a nuclear waste conference. Who said nuclear waste wasn’t romantic! They were engaged and married in November 1999.

In 2015 he developed an unusual neck condition, cervical dystonia which made it hard to continue to work full time. He got his real estate license and pursued a lot of other interests. Dave managed and renovated rental properties in addition to his real estate work. He tried his hand at gardening and selling produce. He also enjoyed painting and played around with writing a novel. He liked to say his paintings would be masterpieces one day.

He greatly enjoyed being involved in the lives of his step-children, Ingram and Nicole. Most recently he also got to help care for and love, his granddaughter, Olivia. This was his first experience with a baby and toddler and he learned how to change diapers and feed her and loved watching her grow and learn. They had a great connection and she called him “Ba”. We don’t know why really but he liked to say he was the Great and Powerful Ba!

When able, he loved to travel and enjoyed trips to many national parks and made it to almost all the states. The list of places he still wanted to visit is pretty long. He also loved dogs. He grew up without any pets but came to be a dog lover and supporter of all things dog, participating in the local Mutt Strut for the Humane Society and even making a cart for one of his dogs that could not walk the long distance.

Dave could talk to anyone, and often did, frequently to the irritation of his wife. He was the master of the 20 minute answer to a simple question and the answer usually involved an extensive history lesson and information on social justice issues. Politics was his sport, but he would watch Colts football or a Cubs baseball game on occasion.

His friendly smile, ability to connect with almost anyone, and sense of humor will be missed by all.

As Dave would have wanted it, a Celebration of Life Party will be held on September 4th from 4-8 pm at the Liter House Banquet Hall, 5301 Winthrop Ave, Indianapolis, IN 46220.

Anyone wanting to do something in remembrance of Dave, please consider making a donation to Citizens Action Coalition of Indiana by visiting their website Citact.org or by mail to Citizens Action Coalition 1915 W. 18th St. Suite C Indianapolis, IN 46202.
To order memorial trees or send flowers to the family in memory of David Brian Menzer, please visit our flower store.