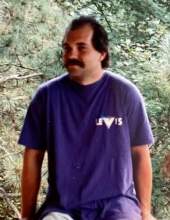 Daniel Lee Henderson, 60, of Indianapolis, passed away at 6:17 p.m. Friday, January 7, 2022 at Community Heart and Vascular Hospital in Castleton. Dan was born on September 21, 1961, in Indianapolis, Indiana to Lawrence Mark and Sue (Schell) Henderson. He married Sandra A. Yerges on October 15, 1991.

Dan had a love for family, friends, his dogs and all thing mechanical. He was a very kind and giving man, a great friend to all who knew him. He was always willing to help people if he was able to. He was happiest at home with his wife Sandy, dogs Marley and Walter, and a computer or scooter motor or car to work on. He always had a smile and a laugh to share. He liked to joke around with everyone and enjoy every day. Dan will be greatly missed by all who knew him, family, friends and acquaintances.

A Memorial/Celebration of Life will be held at a later date.

He was preceded in death by his parents.
To order memorial trees or send flowers to the family in memory of Daniel Lee Henderson, please visit our flower store.