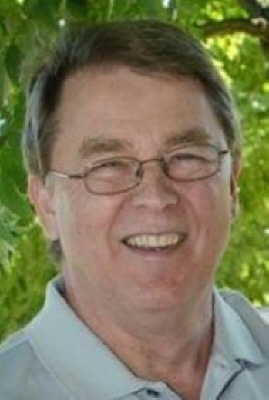 Dane Phillips, or Papa to his grandchildren, age 68 of Indianapolis, IN passed away in the early hours of the 9th of September surrounded by family in his home. Dane was born September 13th, 1952, in Stilesville, IN to Eugene (Gene) & Vivian Phillips.
He was preceded in death by his mother Vivian, father Eugene, & brother Gary. Dane is survived by his wife, Nancy, his brother Alan (Debbie) Phillips, his sons: Michael (Leslie) Phillips & Douglas (Sarah) Phillips, his daughter Jill (Ashley) Phillips, and his grandchildren: Landon, Raif, Colton, Adelynn, Nora, Lily, Callen, & Jaxton, his extended family, and many friends whose lives were impacted by his presence.

Dane graduated from Arlington High School in 1970 where he was a state finalist in cross country receiving several ribbons and medals. After graduation he began his career as an auctioneer. A true showman, his love for buying and selling impacted thousands more people. His energy, smile, and sense of humor brought entertainment to many and inspired a similar love in several generations of future auctioneers, including both of his sons.

As an adult, Dane enjoyed hard work and hard play! He lived for cheering on his grandkids at sporting events, concerts, and recitals. He enjoyed game nights and card battles with his family and their spouses. Many nights were spent laughing, teasing, and creating memories that will be both cherished and missed in his passing.

A service will be held Monday September 27th, 2021, at Indiana Funeral Care of Greenwood, 2433 E. Main Street, Greenwood, IN 46143. The visitation will commence from 12:30 - 2:30 p.m., after a private family service at noon. The celebration of life will begin promptly at 2:30 p.m. afterwards, the processional will depart towards the cemetery for the burial ceremony.

Flowers are appreciated, or those who wish to make donations, the family would like to ask for donations to the Juvenile Diabetes Research Fund in Dane's name to his granddaughter Adelynn's site, http://www2.jdrf.org/goto/Gotgoodaddietude. As a lifelong diabetic, Dane overcame many obstacles during a time when not much was known about the disease. It would have been his goal to see an end to childhood diabetes and the struggles that go along with it.

Those we love don't go away; they walk beside us every day.
Unseen, unheard, but always near, so loved, so missed, so very dear.
To order memorial trees or send flowers to the family in memory of Dane Rue Phillips, please visit our flower store.