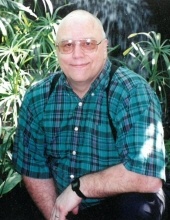 Marion “Dale” Hunter 80, of Greenwood, Indiana, passed away at St. Francis Hospital on April 10, 2022, comforted by his wife.
Dale was born one of fraternal twins on October 7th, 1941, to Kenneth and Drucella (Bjurstrom) Hunter in Portland Oregon.

Dale attended Benjamin Franklin High School and Cascade College. There he met his wife, Ruth Gyorog and the two were married on October 2nd, 1965.

Dale always loved hunting and fishing and enjoyed many outdoor activities in the Pacific Northwest with good friends. He also put those interests to use in his own new and used sporting goods store where he was always ready to make a deal or a trade. After closing his business, Dale worked as an accountant at Texaco Co. (Portland OR) and then Word Records Canada (Richmond, BC). He later put his accounting skills to use at One Mission Society (OMS) Headquarters in Greenwood, Indiana after being led to work full-time in missions so that others could hear the gospel. Dale and Ruth served at One Mission Society for 28 years until they retired in 2011.

Dale loved to play games and many happy memories were made with family and friends around the card table. Dale was even working on mastering Bridge since moving into Greenwood Village in 2020. Dale touched the lives of many with his friendly and kind manner. Even the nurses caring for him were his friends by the end of their shift.

Memorial gifts should go either to Southview Wesleyan Church for the air conditioner need or One Mission Society for evangelization ministries.

Memorial service will begin at 11:00 AM

To order memorial trees or send flowers to the family in memory of Dale Hunter, please visit our flower store.