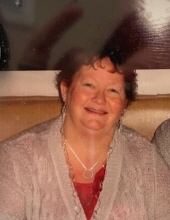 Cynthia Ballinger Stotts was born on November 20, 1959 in Beech Grove, Indiana. She is the oldest daughter of Carole and Harry Kern and was blessed with one older brother, Gary (Mary) Mills, and two younger sisters, Karen (Ron) Bridwell and Laura Stephey. Cindy joined the United States Air Force, where she was stationed on Elmendorf Air Force Base as a contracting specialist. Cindy met and married Michael Szathmary and together they had two children, Angela Carole and Scott Michael. Even though the marriage did not work out, Cindy and Michael remained friends to care for their children. Cindy moved back to Indianapolis to raise her daughter and son in her hometown of Southport and began a life-time friendship with her best friend, Judy Grubbs.

On February 22, 2013, Cindy married the love of her life, Ricky “Rick” Stotts, in a private ceremony surrounded by family and friends. Cindy was blessed with two additional bonus daughters, Michele and Jennifer, bringing the couple’s total children count to four (Michele, Jennifer, Angela, and Scott).

Cindy was preceded in death by her younger sister, Laura, and father, Harry, who are now causing so much trouble in heaven that GOD may send them back. Cindy was a wonderful daughter, sister, mother, wife, in-law, grandmother, great-grandmother and best friend. She will be remembered for her contagious laugh, crystal clear blue eyes, for always ordering dessert first because life was too short and you can take your meal home, mountainous Tennessee vacations, and Florida getaways so her grandkids could splash in the water. She loved attending any sport, recital, event, or celebration to honor her children, grandchildren or great-grandchildren as family was first on her list. Cindy loved playing games for hours with her mother Carole and sister, Karen.

In lieu of flowers, memorial contributions may be made to Peyton Manning’s Children’s Hospital at https://secure2.convio.net/svhf/site/Donation2?df_id=1860&mfc_pref=T&1860.donation=form1 or Riley Children’s Hospital at https://give.rileykids.org/give/288870/?#!/donation/checkout.
To order memorial trees or send flowers to the family in memory of Cynthia Lynn Ballinger Stotts, please visit our flower store.