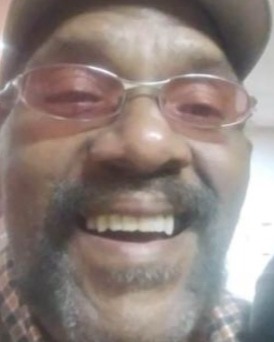 Craig Edward Croomes, also known as “Reggae Voodoo” by some, or “Bad Boy” by others, transitioned into pure energy on Saturday, August 13, 2022 after a long journey of health battles. He was 58 years old.

His journey was more than just his battle with his health. The journey included a life rich with experiences, brilliantly colored with love and laughter. He was an artist, a biker, a brother, a cousin, a father, a friend, a jokester, a nephew, a protector, a son, sometimes a scoundrel, and an uncle. Craig was born in Yuma Arizona to Charles Edward and Janice Darlene Croomes on May 17, 1964. Both of his parents have preceded him in death. The family moved to Indianapolis, Indiana.

Craig loved music. In his early years, he was a “roadie” for the Band Sloppy Seconds, a Ramones-influenced punk band. According to members of that group, Craig also was the direct inspiration for their song "I Don't Wanna Take You Home," sang backup on a few tracks, and his image graces the face of their "Live: No Time for Tuning" CD. Craig also worked security for a variety of venues. He worked with Toy Factory, a popular Indianapolis band. Their music pulls influences from jazz, soul, gospel, R&B, rock, funk, classical and even a little country. In the opinion of Toy Factory members, family and friends, “Craig worked the audience while we/they worked the stage. He was a tremendous asset.”

He worked for and with Toy Factory for over 19 years, until he could no longer work.

Craig is survived by a son Justin Croomes, a sister Caren Johnson, 3 nieces Kyra, Deja and Zoe Johnson as well as a host of family and friends.

“Bad Boy”, lover of all things with the tag “motorcycle”, had much love for his Naptown Rider family. Craig “Reggae Voodoo”, “Bad Boy” is a colorfully audacious personality, who will be truly missed

To order memorial trees or send flowers to the family in memory of Craig E. Croomes, please visit our flower store.
Send a Sympathy Card