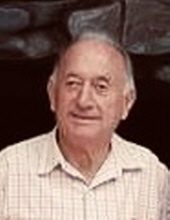 He was born on Sunday, May 26, 1940 to the late Colonel Adam Marcum and Lena Alice (Mikel) Neal in Alpha, Kentucky.

Lee enlisted in the United State Marines Corp on December 15, 1958 after graduating High School. He served four years in the Marines and was stationed many places including Japan. He was honorably discharged on December 14, 1962 in Camp Lejeune, North Carolina.

For 33 years Lee worked in new and used car sales retiring from Eastgate Chrysler. Over the years he worked in several fields including working with his brother at Marcum Pools, buying homes, flipping some of them and then selling them and leasing his own rental properties in Indianapolis and Greenfield.

He loved to travel and took several cruises over the years. One of his favorite places he visited was Maine. He and Carole traveled all around the United States, and they lived in many states including Indiana, Ohio, California, Kentucky and Florida. He loved to fish as well. One of his favorite places was Lake Cumberland. He also fished in Alabama and once while in Georgia they brought home over 400 Crappie.

There are no services planned at this time.
To order memorial trees or send flowers to the family in memory of Colonel Leroy "Lee" Marcum, please visit our flower store.