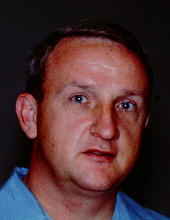 He was predeceased by his daughter Mary Anne, his parents Anthony H and Anne J Maus, and by his siblings: Howard Maus, Robert Maus, Marjorie Gallina , William Maus, and Kathleen Watson . His mother and father-in-law Joseph G and Gertrude J Lampe. His sister-in-law Dorothy Baldwin , Florence Bergbauer , and brother-in-law Louis Lampe .
Clem was born and lived in St. Louis for most of his adult life. After graduating from St. Mary’s High School, he went to work for Western Electric. He worked his whole career for Western Electric except for a hiatus when he was drafted as a private first class into the United States Army.

He was a lifelong Catholic belonging to Holy Family, St. Matthias, and Queen of All Saints parishes.
Clem will be remembered for his unique way of expressing himself which often left others shaking their heads in confusion. Once when he could not remember the name of his daughter’s dog, he referred to him as “Figaro, the squirrel.” Clem was very proud of his only drawing talent which was a sketch of a duck that inexplicably made the sound “Jeep, Jeep.” This is something his grandchildren remember fondly. He would often break out into song singing, “I want to buy me a little grass shack in Kealakekua Hawaii.” Those were the only words he knew. Clem loved clocks that cuckooed, chirped, and chimed. He had a love of telephones and always hid money in the change return slot of an old pay phone for his grandchildren to find. Many will remember his absolute hatred of Mary’s low cholesterol margarine (which was so bad it is no longer made.) He ate bacon and eggs nearly every morning for breakfast, and still lived to the ripe old age of 93.

Burial will be private at Jefferson Barracks National Cemetery.

Please no flowers. Memorial contributions can be made to St. Louis Children’s Hospital.
To order memorial trees or send flowers to the family in memory of Clemens Anthony Maus, please visit our flower store.