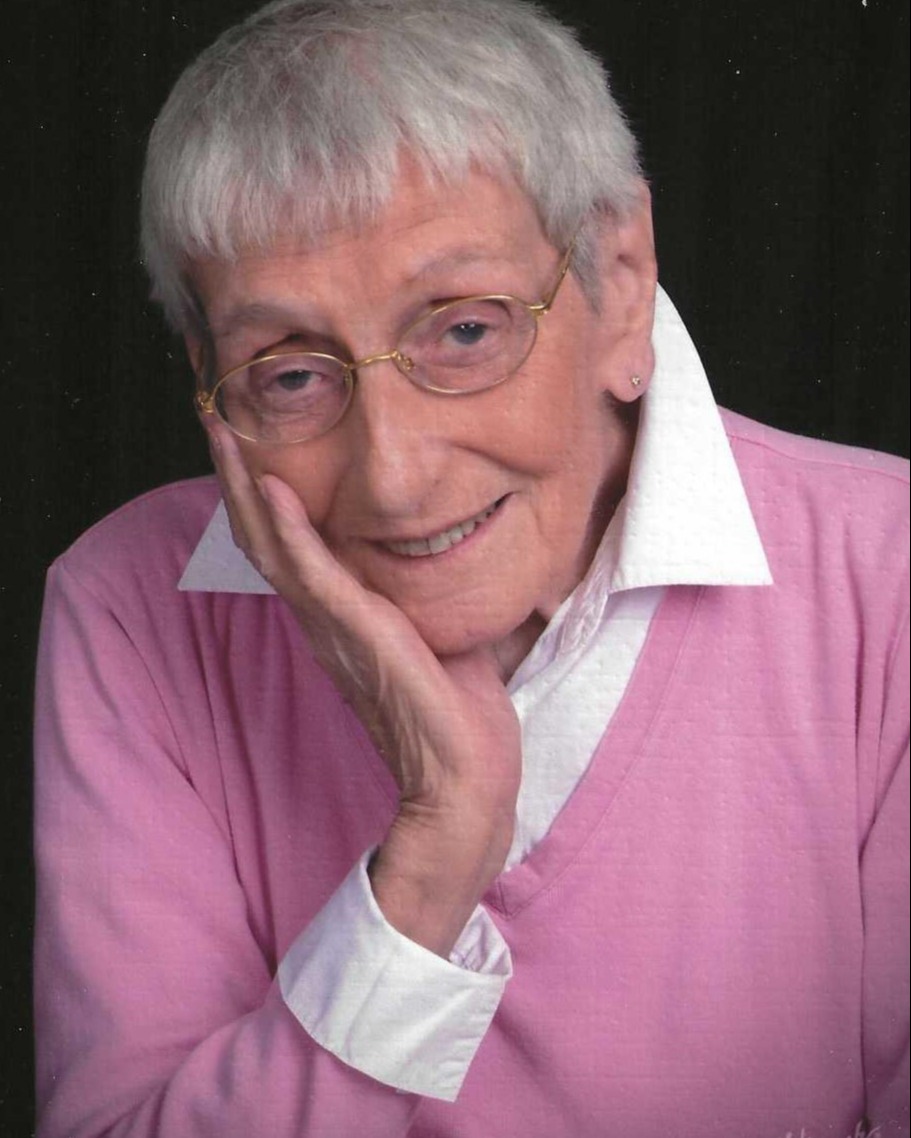 Charlotte Ann Yard Minnette died on December 7, 2022 surrounded by family. Char was a force of nature who packed her 96 years with family, friendships, charity, volunteerism, and professional achievements.

Char was born May 26, 1926 in Evansville, Indiana to Cecelia Valentina Kuntz Yard and Charles Phillip Yard. She graduated from Reitz Memorial High School in 1943, married in 1950, and worked as an Executive Secretary at Sun Oil Company until the birth of her first child, when she avidly took on the role of full-time mother.

Char raised five children in total and provided them with love, strong values, and a deep appreciation for education. Once Char’s children were nearly out of the nest, she pursued her dream of higher education and enrolled at the University of Evansville, earning a degree in Public Relations in 1979.

Char’s work garnered numerous accolades, including the nationally prestigious John Cotton Dana Award (1993 and 1995) for library public relations; first-place state-wide awards for fundraising publicity campaigns (1983 and 1984) from the United Way of Michigan, a first-place award for a nonprofit crisis communication plan conferred by the Public Relations Society of America, East Central Division, and many more.

Char actively supported her communities through her professional work and her volunteerism. She was a long-time member of Friends of Historic Allen Chapel, sharing her publicity expertise to help with events and fundraising. She was an integral part of creating the Terre Haute Stained Glass Sunday Afternoon events which allowed visitors to see and appreciate the beautiful glasswork in many different Terre Haute houses of worship. For her efforts, Downtown Terre Haute conferred on Char its Heritage Ambassador Award in 2002.

A devout Roman Catholic all her life, Char served as a Eucharistic Minister, a member of the Altar Society, and a member of the Parish Council for two terms at St. Joseph University Parish in Terre Haute.

Char enjoyed her volunteer work and the friendships she made through the English as a Second Language Conversation Club at the Vigo County Public Library and as an ESL tutor. She also greatly enjoyed her friendships with the St. Joseph Altar Society, Wednesday Morning Breakfast Group, and the Madam Brown’s Girls Chapter of the Red Hat Society. Char was also proud of her induction into Mensa.

Char always dreamed of traveling, and during her child-rearing years, she kept a copy of “Europe on $5 a Day” on her bookshelf as an inspiration for a seemingly unreachable dream. She scratched her travel itch in those years by working as a freelance writer, penning articles for airline inflight magazines describing locales she had never seen. In that time before the internet, she did all her research through libraries and written correspondence with overseas individuals who could provide the human-interest stories and photos that made her articles come alive. Later, Char was able to achieve many of her travel dreams, visiting Europe several times, the Caribbean, and many sites throughout the United States.

More than any of her professional achievements, Char treasured her family. She is survived by her children: William Minnette, Jr. (Carolyn) of Saline, Michigan; Michele Johnson (David) of Noblesville, Indiana; Jeannine Chambers (Rob) of Peachtree Corners, Georgia; Charles Minnette (Bonnie) of New Harmony, Indiana; and Gabrielle “Gigi” Nicholas (Michael) of Zionsville, Indiana. Char was blessed with 12 grandchildren and 7 great-grandchildren. Char’s life was also made richer in her later years by the companionship of her delightful guinea pig, Sweetie Pie. Her family treasures memories of “Grandma Char’s Big Christmas,” the annual celebration that would bring together four generations of family, coming from their homes across the country.

Char’s family would like to express their sincere appreciation to the staff of the Lodge at Harbour Manor for their kindness and care for their mother and grandmother. The family also is deeply appreciative of the support and care from Paradigm Hospice, especially nurses Kathleen and Jackie and aide Jessica. Their help and guidance in Char’s final months were invaluable.

Memorial donations may be made to any of the following organizations and are deeply appreciated by the family:

Sisters of Providence; St. Mary of the Woods, IN

To order memorial trees or send flowers to the family in memory of Charlotte Minnette, please visit our flower store.