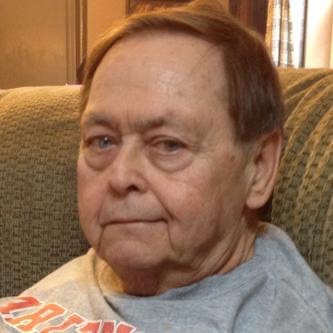 It is with great sadness, I announce the passing of my father, Charles Nye Hook at age 84. My dad was known as Charlie by all his friends. He was born in Elyria, Ohio in 1937. He was a graduate of Ohio University and an Army Veteran at Fort Harrison ( recipient of Good Conduct Medal)

My dad loved watching professional golf and football. He would sit for hours with no sound on the tv watching golf. He cheered on Purdue University, University of Arizona and Ohio State football. He was an avid lover of Ohio State even though he graduated from Ohio University.

His greatest love of all was family. Everything he did was for family. He is survived by his wife, Karen Elayne Hook. Watching their love was heart warming and hearing him greet her every morning by saying there " there is my beautiful bride, I love you so much" will hold special memories.

He always loved family trips out west, Fort Myers Beach and Disney World. He always wanted to go back on the Disney Magic to deck number 9 to eat his omlette or stay on the concierge level at Disney's Wilderness Lodge.

In 2005, my dad was a kidney transplant recipient made possible from the support of family ( Barry Herring). This allowed for 17 more years to enjoy my dad, his stories and humor. He could tell a story and make you laugh so hard. He had a special place in his heart for his in-laws ( Rosemary and Bud Main) and his brother in law and sister in law (Susie and Bill Main)

My dad fought hard his last two months after breaking his right hip. He worked hard in rehab so that he could walk at his granddaughter's wedding ( Autumn Miller to Sean Webb) in March 2023. His greatest sadness is not being there for Autumn. They had a special bond: going to the Children's Museum, Indianapolis Indian games, Indianapolis Colts Games, Easter Egg Hunts and just spending time together.

My dad was my best friend and my biggest cheerleader. We became so close over the past 4 years. My dads wishes are being respected and the look of love in his eyes will stay with me forever. Beep Beep forever.

I love you, Peanut.

In lieu of flowers, my dad's final wishes would be to have contributions made in his honor to his granddaughter's wedding. ( Autumn Miller) his biggest apology and sadness was not to be with her on her special day.

To order memorial trees or send flowers to the family in memory of Charles Nye Hook, please visit our flower store.