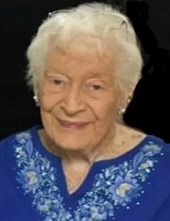 Catherine Carlin Richardson, age 95, of Indianapolis, Indiana passed away on Monday, April 25, 2022 at Franciscan Hospice House. Catherine was born on January 15, 1927 to the late John Lewis and Georgiana Bray in Indianapolis, Indiana.
Catherine attended Indianapolis Public School #70 and graduated from Broad Ripple High School in 1945. She received her Bachelor of Music in Organ from Arthur Jordan Conservatory of Music in 1949, and her Master of Science in Education from Butler University in 1953.
William “Bill” Mohler Richardson and Catherine were married on June 25, 1950 at Broadway United Methodist Church. They celebrated 50 years of marriage in June 2000, prior to William passing away in June 2001.
Catherine worked for Indianapolis Public Schools and some county schools for almost 35 years. Her positions included that of a music teacher, substitute teacher and a librarian assistant. Catherine played piano or organ for many weddings in Indianapolis. She volunteered as a Camp Fire Girls leader, tutored students after school, and delivered meals for Meals on Wheels.
Northminster Presbyterian Church was Catherine’s church home for many years. She actively participated in different ministries at Northminster such as; choir, bell choir, helping with the homeless through Family Promise, housed German exchange students, sewed for children in Kenya, Chancel Care committee, Tandem Club, J.O.Y. Club, and a Women’s Circle. The church office and library were also places of service for Catherine.
Catherine was a 50-year member of The Order of the Eastern Star and belonged to the Millersville #300 Chapter in Indianapolis.
Music, ice-skating, and dancing were Catherine’s interests and pastimes as a young person. She also enjoyed swimming, boating, and water skiing. She was still enjoying swimming at age 94! Her favorite hobbies included sewing, (especially girls dresses), working in the yard, and in her flower garden. She filled many a bag with leaves from her yard in the fall.
Her family brought special joy to Catherine. She loved being with them all, and held a special place in her heart for her grandchildren, great grandchildren and one great great grandchild.
Her three children survive Catherine: Steve (Sandy) Richardson of Indianapolis, Ann (Bill) Cheney of Brownsburg, and Debi (Joel) Fieri of Oceanside, CA. She is also survived by grandchildren Melody (Taylor) Norris, Kyle (Courtney) Cheney, Amber (Josh) Hill, Kristin (Zach) Kohlmeier, Mary Catherine (Aaron) Richardson, Kevin Cheney (fiancé Tori), Jacob Ewing, and Elizabeth Ewing.
Her great grandchildren include Blaze Hunter, Maya Hill, Ella Hill, Abigail Cheney, Benjamin Cheney, Casey Kohlmeier, and Iris Kohlmeier. Her great great grandchild is Aubrey Hunter.
A funeral service will be held at 1:30, Sunday May 1, 2022 at Indiana Funeral Care, 8151 Allisonville Rd., Indianapolis, IN 46250. Visitation will be from 12:00 Noon until 1:30pm, prior to the services at Indiana Funeral Care.
In lieu of flowers, memorial contributions may be directed to Gleaners Food Bank of Indiana Office, at 3737 Waldemere Ave. Indianapolis, IN 46241.

To order memorial trees or send flowers to the family in memory of Catherine Carlin Richardson, please visit our flower store.