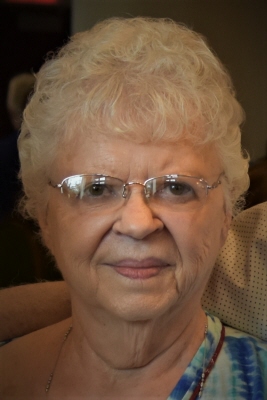 Carolyn Kay Culp passed away peacefully in her sleep on January 1, 2022, in Indianapolis, Indiana at the age of 85. Carolyn was born in Dunkirk, Indiana, on February 21, 1936, to Robert E. and Mildred E. Howard (Hummer). Carolyn graduated from Burris High School in Muncie, Indiana in 1954. She received a Bachelor of Science in Education in 1958, followed by a Master of Arts in Education in 1963, both from Ball State Teachers College. Carolyn began her teaching career in San Bernadino, California, before teaching briefly in Battle Creek, Michigan followed by spending much of her tenure teaching elementary students in the Fort Wayne Community School system.

Carolyn was preceded in death by her parents; her husband of nearly 59 years, Charles R. Culp; and her sister, Janet Morgan. She is survived by her sister Jean Cunningham and her sons, Rod and Kevin. Rod and Lisa Culp (Mosshammer) have a daughter, Casey, and a son Mason and reside in Brownsburg, Indiana. Kevin H. and Becky Culp (Batt) have three daughters, Mary, Megan, and Madeline and live in Zionsville, Indiana.

Carolyn was a devoted wife, mother, and grandmother who adored and was adored by her sons and grandchildren. She was a kind, humble, and supportive mother and grandmother and will be forever fondly remembered and profoundly missed by her family and friends.

In lieu of flowers, donations can be made in Carolyn’s honor to the Cancer Research Institute (www.cancerresearch.org) or American Cancer Society.
To order memorial trees or send flowers to the family in memory of Carolyn Kay Culp, please visit our flower store.