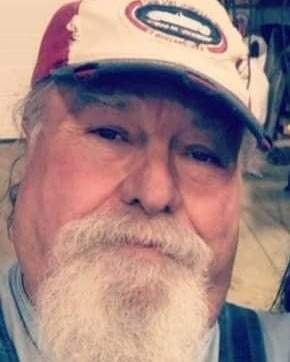 He was born on Saturday, February 18, 1956, to the late Carl E Gluff Sr. and Helen Laverne (Lunsford) Gluff in Indianapolis, Indiana. Gene grew up farming with his dad and other local farmers in the Johnson County area. He graduated from Center Grove High School in 1974. After high school he was invited to try out for the Reds and the Pacers when they were in the ABA League but due to a car accident, he couldn’t attend.

Gene was a man of many names; Geno, The Donut Man, Mopar Man, My Mechanic, and Coach. Even with all those names he was most known for being a family man. A guy who would give you the shirt off his back if it meant helping you. If any of his family or friends needed something he would be there in a heartbeat to help, and if he couldn’t he was going to find someone else who could. The man didn’t know a stranger.

He loved all kinds of music. He made sure that his 2 girls knew what “good” music was growing up. The Beatles, Uriah Heep, Pink Floyd, Led Zeppelin, ZZ Top, The Charlie Daniel’s Band, and Hank Williams. Some of the best memories that Ryndi and Ry have of him is riding in one of his many vehicles with the windows down and the music blaring.

Gene loved to wheel and deal cars and parts. Younger years were spent drag racing. He loved going to flea markets with Ryndi and collecting any old antique items that they could find. He loved working on trucks, cars, and tractors. There wasn’t a 4-wheel drive jamboree or Mopar Nationals that he didn’t make it to. He loved being in his garage hanging with his animals. That was his happy place.

In his younger years he loved playing and coaching sports. He coached both the girls for many years in basketball and softball. He coached Ryanne throughout her entire childhood and even got Ryndi into coaching. Coach Gene made such an impact on so many girls’ basketball and softball careers. He made the game fun for the girls he coached. He loved getting out on the court or the field and showing them how to do something not just telling them how to do it. In his past time, him and the girls would watch basketball, baseball, football, and NASCAR. He passed his love of the Pacers, Cubs, Colts, and NASCAR to his girls.

Contributions towards the funeral service are still being accepted. You can call the office at 317-348-1570.

To order memorial trees or send flowers to the family in memory of Carl "Gene" E. Gluff, please visit our flower store.