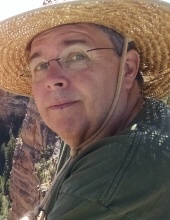 Carl E. Finchum passed away at home in the early morning of March 9th, 2022. He passed at the age of 69.
Carl was born February 6th, 1953, on a Naval Base in Oakland California to Virginia Finchum and Carl E. Finchum Sr., who was serving our nation during the Korean War. From an early age, Carl had an inquisitive mind and loved to learn. He was particularly passionate about studying cars, planes, trains, and all other modes of transportation. Carl even learned how to speak by naming different cars. He had a life-long love of sharing the knowledge he had about all subjects he was passionate about. As an adult, Carl owned many vehicles including 3 motorcycles and even a Model T car! He loved giving people rides in the Model T and teaching them about the mechanics and history of the vehicle. Carl loved vehicles so much, he even got a pilot’s license and flew single-engine planes in his spare time.

Although Carl grew up in a Lutheran family, he joined the United Methodist faith when he married the love of his life, Karen Finchum. Karen and Carl both had a special place in their hearts for Carl’s Ural motorcycle with sidecar. Karen and Carl made many happy memories in their adventures riding, exploring, and camping with the companionship of each other and the Ural Motorcycle.

Carl kept safety in mind when operating his vehicles, especially after the birth of his daughters, Jessica Kelley, and Jennifer Finchum. He gave up flying planes to dedicate the time and money to raising his girls. He loved being a father and shared his interests with them over their lives by taking them to countless museums and keeping many books in the home. Some may even say that their family home resembled a Hardy and Laurel Museum due to the plethora of memorabilia at times.

Carl took interest in the things the girls liked as well and supported them in their every endeavor in life. From helping with softball when Jessica and Jennifer were in elementary school; to countless dance, theatre, and singing events. Carl worked a lot, but he made every effort to be there for as many events as possible. When the girls played softball, he even laid on the ground and held a girl’s foot to help her learn to stand steady when batting. When present, he was helpful and encouraging. The girls could always count on Carl.

Carl worked for Channel 8 news, and he loved his job. He was able to use his knowledge of vehicles to know what plane or train or car the story was about. When the Concorde flew to Indianapolis, he got to do a story and ride on it. Wow! What an experience. He got to do a weekly story on a navy ship and had the pleasure of being jettisoned off that ship to come home. He loved his job and covering stories such as these. Some stories were harder than others, and spending many weekends away from Karen, Jennifer, and Jessica was hard as well. Beyond the pleasure of covering stories that brought him joy, he loved meeting and working with people from all over the world.

When Carl was home for the weekend, you could find him on Saturday mornings watching cartoons. Carl loved Cartoons and the Three Stooges. He woke up early just like a child to watch his favorite cartoons on Saturday mornings. His laughter was contagious, and you could hear it through his whole life. He kept the household fun.

Carl and Karen both had more time to focus on having fun in life when they retired together in 2014. Carl enjoyed traveling with Karen to California to visit his girls. They went to California many times by plane, train, and automobile. They enjoyed taking in the sights of Route 66 and the Lincoln Highway on these adventures. Carl loved history, and he loved learning about it and our nation through these travels with Karen in retirement. They visited historical sites, such as Gettysburg as well. Traveling combined his love of vehicles and being able to feel history through standing in the presence of where it all took place.

Carl was diagnosed with Cancer before his passing. When Carl developed cancer, he grew closer to God in both his faith and relationship with him. He always knew God but didn’t always go to church. About 5 years ago, he decided it was time to start attending church again. He was a faithful attendee from that day forward. Although he was no stranger to what it takes to be on TV, reading and sharing his faith in front of others was usually beyond his comfort zone. Carl’s faith allowed him the courage to push past his limitations so he could stand up in church to read bible verses and share his faith. Carl passed with strong convictions about doing what is right and living to please God. The family is comforted in the fact that God is there to welcome Carl; the faithful friend, who fought a good fight and ran a good race.

Services for Carl will be held on March 12th, 2022, at Abundant Vida Nueva United Methodist Church. Visitation will be from 1:00 pm to 2:00 pm with a Funeral Service to follow at 2:00 pm.

In lieu of flowers, the family asks that donations be made to either Riley Children Hospital or St. Jude to continue cancer research for children.

To order memorial trees or send flowers to the family in memory of Carl E Finchum Jr., please visit our flower store.