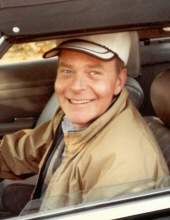 Charles Steven Paul
Indianapolis- C. Steve Paul (79) of Indianapolis died peacefully in his home surrounded by family on Saturday, November 13, 2021. He was born April 22, 1942 at Coleman Hospital, Indianapolis to Charles S. Paul and Lorene (Wantz) Paul who preceded him in death.
Steve graduated from Knightstown High School and attended Ball State University. Putting together Real Estate deals was his talent.
He was preceded in death by Kathryn Smith, the mother of his three daughters. Dena Seculoff (Thomas), Elizabeth Houlditch (Michael), Melinda Whitmer (Jeffrey) all of Fort Wayne. In 1984 he met and married a widow, Quindaro Anne (Groth ) Cheatham with three children. Ted C. Bowe (Kelly) of Indianapolis, Quindaro E. (Cheatham) Frieder (Dr. Ryan) and John L.P. Cheatham who died in 1987.
Riding, buying, and selling champion Cutting Horses was his passion. This led to the purchase of Diamond Lodge Guest Ranch near Durango, Colorado which he owned and operated for five years until it was sold.
From that point, he and Quin became missioners, in summers annually, for twelve years in Quito, Ecuador and Brasillia, Brasil, SA. The mission trips were sponsored by the Episcopal Church of Indianapolis.
Traveling with Eurail train passes in Europe during the month of March created many good times over a period of 15 years.
Steve was a devoted family man who loved to ride horses in the San Juan Mountains and the Grand Teton area. The western National Parks were visited frequently.
He is survived by his wife of 37 years, two sisters; Barbara Craft (John) of Mt. Juliet, TN and Roberta Winegardner (David) of Indianapolis as well as nine grandchildren and five great grandchildren.
Visitation will be, Monday, November 22, 2021 at 10:00 am in the Lilly Room at St. Paul’s Episcopal Church, 6050 North Meridian Street, Indianapolis. The funeral will begin at 11:00 am in the church. A reception will follow at 12:15 at the Paul Residence.
The Family would like to thank Sara Gehrich-Brown, RN of H.O.W. Care Alliance for the exceptional care and support that was provided. In addition, sincere thanks to Dr. Ryan D. Frieder for his medical expertise and gentle guidance through this difficult time.
In lieu of flowers, donations may be made to Wheeler Mission, P.O. Box 3085, Indianapolis, IN 46206-3085 or WheelerMission.org in Steve’s memory.
To order memorial trees or send flowers to the family in memory of C. Steve Paul, please visit our flower store.