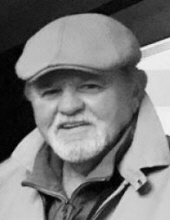 It is with great sorrow that the family of Brian Edward McMahon announce his passing on Memorial Day, Monday, May 31, 2021, at the age of 78. He was the son of late Edward and Elizabeth McMahon, brother to late Stephen McMahon and nephews Kelly & Patrick (Dixie, Sadie, Parker). He is survived by his devoted wife Nancy Trimpe McMahon, step-children (Tim & Carla Walsh, Jennifer Walsh Overett, Christina & Dan Dunville, Adam & Holly Walsh) and his grandchildren he lovingly referred to as his ‘little gerkins’ (Sarah, Jacob, Zachary, Alec, Ava, Keegan, Maya, Colin, Korbin, Grace).

Brian attended IHM and Cathedral HS and graduated from Purdue University in 1968. He proudly served in the United States Army during The Vietnam War as a First Lieutenant, Infantry Division. Upon his return he moved to Richmond Virginia, where he founded his company GLM Insurance and enjoyed boating on Chesapeake Bay with his friends.
He cherished his friends and family and will forever be remembered for having a funny joke up his sleeve!

Services will be held June 11, 2021 11-1pm at The Indiana Funeral Care at 8151 Allisonville Road, Indianapolis 46250
To order memorial trees or send flowers to the family in memory of Brian Edward McMahon, please visit our flower store.