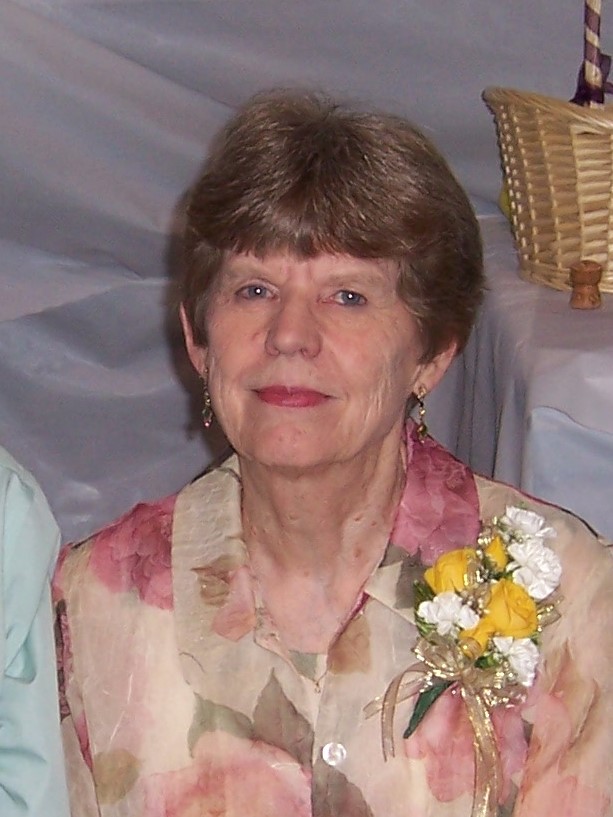 Bernelda (Nell) Semmann McCoy was born May 9, 1935 in the Owatonna, Minnesota City Hospital, the second of two daughters to Herbert Alvin Semmann and Elsie Wilhelmine Hargefeld Semmann. Nell passed from this life into eternal life on May 16, 2022 in the Memory Care section of Robin Run Village, Senior Living in Indianapolis, Indiana. She was blessed and blessed others with an earthly life of 87 years and seven days.

As a result of a farming accident the year before Nell was born, her father lost his left forearm, necessitating a move from the farm to Owatonna where the family lived with Nell’s Hargefeld grandparents for three years, then to the home of her Grandma Semmann, where they lived upstairs, while her grandmother had the first floor. She walked to school in the cold Minnesota winters. She worked in concessions at the State Theater and loved the movies of the era. She graduated from Owatonna High School in 1953. She took her first job out of school at Federated Mutual Insurance in Owatonna, but then desiring to broaden her horizons, accepted a position in the Indianapolis office.

Through a local Indianapolis Federated Insurance agent who thought Nell should meet the son of one of his clients, Nell was introduced to Robert W. McCoy, first by exchanging letters during Bob’s final year of service with the Air Force. Upon his return to Indiana, they began dating, Bob showing up in his red 1952 Oldsmobile 98 convertible. Bob and Nell were married on September 2, 1956 at the Our Redeemer Lutheran Church in Indianapolis and had 65 years together. They were blessed with three daughters.

Nell stayed home full-time while the girls were younger, then returned to work, parttime for a tour agency, then back to full time work with College Life Insurance for 15 years. After College Life closed, she worked for Norrell Temporaries, then became an Executive Secretary in the legal department of a new company, Dow Elanco, working seven more years until her retirement.

Nell really enjoyed spending time with her grandchildren, whether babysitting, taking them to the zoo with Bob, playing board and card games or simply being around them. With her great-grandchildren, she enjoyed the simple games like Peek-a-Boo and eventually Go Fish with the oldest.

Nell and Bob enjoyed many trips through all 50 of the United States and beyond, enjoyed card playing with friends, and were active members in the Our Redeemer Lutheran Church since Nell’s arrival in Indiana until the church closed in 2018.

Nell was preceded in death by her parents, her older sister, Marlene Hagen, and a grandson, Robert Chandler Ketner.

A celebration of life will be on Friday, May 20, 2022 at 12 pm with Visitation immediately before starting at 10 am.

There will be a funeral procession following the service to:

Memorial Donations can be made to the Alzheimer’s Association (alz.org)

Flowers should be sent to the church on Friday between 8 and 9:30 am.

To order memorial trees or send flowers to the family in memory of Bernelda 'Nell' Semmann McCoy, please visit our flower store.