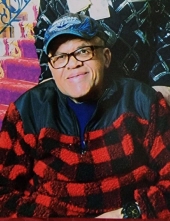 Bernard was born to Bernard Sr. and Lavonia Austin on October 3, 1955, in St. Louis, Missouri. During Childhood, he attended school in Washington, DC, and later returned to St. Louis.
As a young man, he enjoyed recording movies, working on his computer, and building robots. Later in life, Bernard worked at the Indianapolis Public Library, downtown Indianapolis.
He was proceeded in death by both parents, Bernard Sr. and Lavonia; brother, Robert; sister, Lavern. Bernard is survived by an aunt, Pearl Hill (St. Louis); two sisters Shirley Moore and Jean Brown, also with a host of cousins and extended family.
To order memorial trees or send flowers to the family in memory of Bernard Austin Jr., please visit our flower store.