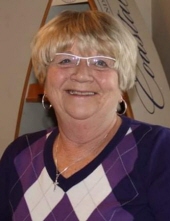 Bernadine June Mansfield, 81, of Indianapolis, Indiana passed away on December 30, 2021, in her home.

Bernadine was born in 1940 in Vincennes, Indiana to Hilda and Thomas Hartzburge. She graduated from Lincoln High School in 1958 and attended Vincennes University. She married Richard Polston in San Diego, California on October 10, 1959. They were married for 28 years, and she was later married to Jerry Mansfield on August 31, 1990, in Glasgow, Kentucky.

She worked in Billing and then in the Print Shop where she retired from Community Hospital.

Bernadine was called Mimi by her grandchildren, children, and close friends. Mimi was always the life of the party. Wherever she was, there was surely to be an outrageous story and lots of laughter.

Bernadine always loved working in her flowerbeds and was especially proud of her hostas. She was a wonderful cook and even better baker. She was always ready to bake a pie or her delicious chocolate chip cookies for family.

A Celebration of Life will be held in the spring in Vincennes, Indiana where she will be laid to rest with her husband Jerry Mansfield.

Details of the Celebration of Life will be announced at a later date.
To order memorial trees or send flowers to the family in memory of Bernadine June Mansfield, please visit our flower store.