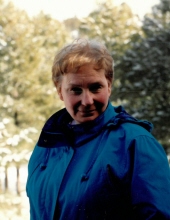 Barbara Mosher Lingle, of Indianapolis, passed away peacefully at home on October 9, 2021. Born on December 11, 1930, to Nelson and Epyse (Keese) Mosher in Ashland, Ohio, Barbara grew up in a musical family. Epsye caressed the ivories while Barbara, the middle sister, sang along with Patty and Meg. In Barbara’s upper teen years, she was the lead soloist with a “big band” and was also known to “cut a rug” dancing the jitterbug. Her love of music continued throughout her entire life.
A mother of five children, Barbara stayed at home to nurture them through their formative years. For the next four decades, she worked as an administrative assistant--mainly at Butler University and IUPUI. She retired at age eighty so that she could enjoy more time with her grandchildren.
Her family “meant everything to her” and she was a strong supporter of all her children, grandchildren and great grandchildren. Although she might not have understood some of their decisions, she was always there for them. Education was important to her and she was proud that all her children were college educated.
Barbara loved to garden, play pinochle, watch the news, and read (especially presidential biographies and history books). She was serious about her work and there was very little that she could not accomplish if she put her mind to it. She loved talking to people and was an encouragement to many. She was strong--still able to swing a pickaxe well into her 80’s. As her health began to decline this summer, she retired her gardening gloves--at age 90.
She was preceded in death by her parents; her sister, Marguerite Zearbaugh; and her daughter, Lisa Lingle. She is survived by her sister Patricia Kovach; daughters, Susan (Bruce) Bartley and Catherine (Jeffrey) Platt; sons, Stephen (Shelia) Lingle and Thomas (Bonnie) Lingle; eight grandchildren; seven great grandchildren (with two more on the way); and eight nieces and nephews.
Barbara’s final wishes were simple: No fuss, visitation or funeral; only that her children gather for a meal at a local restaurant and “say nice things about me and forget the bad”. They have every intention of honoring her request in the near future. At a later date, the family will have Barbara’s ashes interred at the cemetery in Ashland, Ohio.
Her family is thankful for the compassionate hospice care provided by Anew Home Health. For those desiring to give a memorial, please consider her favorite charity: The Salvation Army.
To order memorial trees or send flowers to the family in memory of Barbara Lingle, please visit our flower store.