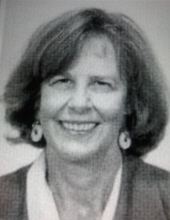 On Wednesday, September 29, 2021, Barbara L. Chattin, formerly of Indianapolis, Indiana and Fort Myers Beach, Florida passed away at American House in Bonita Springs, Florida. She was 75 years old.
Barbara was born on March 18, 1946 in Indianapolis, Indiana to Dr. William and Martha Chattin. She graduated from Mount Holyoke College with a B.A. in Political Science in 1968. She received an M.A. in Political Science from Michigan State University in 1969. In 1978 she received an M.S. in Economics from University of Kansas. She received a Ph. D, in Agricultural Economics from Purdue University in 1982. She said of her time at Purdue where she worked informally with people in other disciplines that "It was a foundation, working with people who have a different framework. You learn to listen, to work together, and appreciate what everyone brings." Barbara spent most of her working life in Washington, D.C. and Geneva, Switzerland. Barbara was Director of the Uruguay Round Negotiations on Agriculture, United States Trade Representative on detail from the United States Department of Agriculture from 1988 until 1994. She was Director for Tariff Affairs in the Office of the United States Trade Representative from 1994 until 1999. She was Deputy Assistant United States Trade Representative for Market Access in 2000. She was honored with the Distinguished Agricultural Alumni Award at Purdue University in
2000.
Barbara enjoyed hiking, gardening, watching Jeopardy, and was an avid sports fan.
Barbara was preceded in death by her father, Dr. William Chattin. She is survived by Her mother, Martha, brother Bill (William), sister in law Francine, brother John, sister in law Shanida. She will be missed by her many friends.
A Life Celebration will be held at 2 p.m. on Thursday, November 18 at the Castleton United Methodist Church, 7101 Shadeland, in Indianapolis, Indiana. Friends may visit with family from 1 p.m. until 3 p.m.
To order memorial trees or send flowers to the family in memory of Barbara L. Chattin, please visit our flower store.