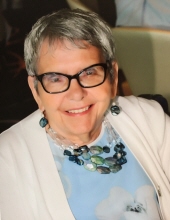 “Audrey Burlingame, beloved wife, mother and friend, died Friday, January 28, 2022, surrounded by her loved ones in Indianapolis, Indiana. She was 77 years old.

Audrey was born Audrey Ann Resch in 1944 in Park Rapids, MN., to parents Theodore and Arlys Resch. Her earliest memories were of her desire to become a nurse. She accomplished this goal by graduating from St. Cloud School of Nursing in l965 with her RN. Her first position was as an emergency nurse at North Memorial Hospital in Minneapolis. It wasn’t long before she became reacquainted with Dwight Burlingame, her high school classmate, and they were married in l967. They moved to Iowa City to start their working lives at the University of Iowa. After a short four months, Dwight was drafted into the Army. After two months, the Army moved them to California, where Audrey continued her Nursing at Barstow Community Hospital, and they welcomed their first child, Lee, to the world in l969.
Late in l969, Audrey moved to St. Cloud, continued as a nurse and welcomed her second child, Sharon, in l971.

Audrey thrived as a mother, nurse, student, and teacher of Nursing as her family made moves from Florida to Indiana to Ohio. She received her BSN degree from the University Evansville in l977, Her MSN from the University of Michigan in l982, and her PhD in l991 from Bowling Green State University. Audrey and Dwight returned to Indiana in l990, establishing a new life in Indianapolis. Here she lived and worked in the healthcare field until retirement in 2010.

During her life, she combined work with volunteering and service. Audrey filled her time with her children’s activities, the Holy Cross church community, missions to Honduras, St Vincent de Paul and other groups where she offered comfort and support to those in need. In her free time, she embraced her love of camping and nature. She even upgraded her tent to a pop-up camper so Dwight would join! No distance was too far for her to travel and support her children and grandchildren in their many events. Many described her as a feisty, spirited, and above all compassionate friend.

After suffering a brain bleed in 2010, Audrey pushed on to live as complete a life as possible. Despite her disabilities, Audrey never complained and always focused on one day at a time. With her loving husband at her side, she could still travel the world and be there for family and friends.

There will also be a Celebration of her life held in Minnesota on June 24, 2022.

Masks are required for attendance. Memorial donations may be made to the Carvel Club, 4627 Carvel Ave, Indianapolis, IN 46205 or St Vincent de Paul 3001 E 30th St, Indianapolis, IN 46218 No flowers
To order memorial trees or send flowers to the family in memory of Audrey Burlingame, please visit our flower store.