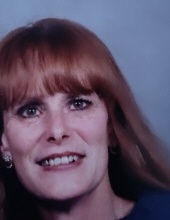 Angie passed away on January 17, 2022 with her family at her side. She was 72 years young. She was born August 4, 1949 in Hays, Kansas and was the daughter of Betty Irene (Herman) Reed and Orval Cleo Reed.

Angie loved to read, complete puzzles and watch TV. She loved dogs. Angie was a loving wife, mother, and grandmother who will be missed greatly.

Family will celebrate her life privately. Her family would like you to consider donating to the American Humane Society on her behalf in lieu of sending flowers.
To order memorial trees or send flowers to the family in memory of Angela Christine Reed Rollins, please visit our flower store.