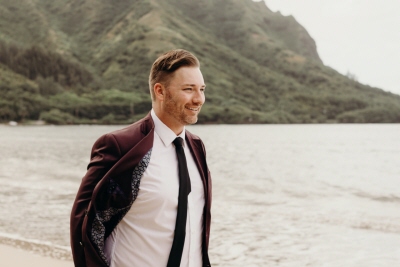 Andrew was the most kind, compassionate, generous, hilarious and stubborn man. He truly lit up any room he walked into and never met a stranger. Andrew was a high school and college hockey coach and a billet dad to many young men throughout his life. He was passionate about hockey, his wife, dogs, *NSYNC, The Office, comedy and his family. It was his dream to have a beachfront home in a hockey town to live with his wife and dogs. He was ever the optimist and had the quickest wit. The world is a better place for him having been in it. He is sorely missed.

He was preceded in death by his grandparents, Ralph and Barbara Norris and his dog Adam.

In lieu of flowers, his wife is asking for donations in Andrew's name to Southside Animal Shelter in Indianapolis or another dog rescue that is close to your heart to honor Andrew.
To order memorial trees or send flowers to the family in memory of Andrew Phillip Norris, please visit our flower store.