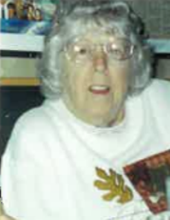 Amelia was born in Richmond, Staten Island, NY. She later moved to Jackson New Jersey with her husband Odell, daughter Theresa and two sons Richard and Allen. She lived in New Jersey until December of 2020 when she moved to Carmel Indiana where she lived out her life with her son Richard and daughter in law Sandy.

Amelia is survived by her son Richard of Indiana, daughter Theresa McClain of Fort Myers Florida and her son Allen of Whitting New Jersey.

She worked as a wire cutter and was a member of the Teamsters union. She enjoyed stamp collecting. Fishing and playing slots machines.
To order memorial trees or send flowers to the family in memory of Amelia M. Autry, please visit our flower store.