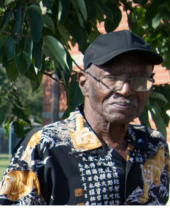 William Rogers Jr. was born January 20, 1948 to Mary Miller Mason and William Rogers Sr., who preceded him in death. He was a resident of Indianapolis, Indiana, attended public school #63 and was a graduate of George Washington High School class of 1966. He played on the 1965 George Washington High School state championship basketball team. To his fellow athletes he was known as “Feets” but to his family, he was known as Billy.

A Memorial Service will be held on Friday November 29, 2019 at 11:00 am. It will be held at the Christian Faith Missionary Baptist Church, 3626 W. 16th Street, Indianapolis, IN 46222.
To order memorial trees or send flowers to the family in memory of William Rogers Jr., please visit our flower store.