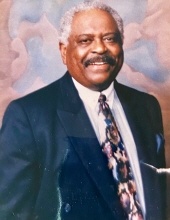 Born April 2, 1935, and departed this life August 1, 2020, was born to Lizzie Mae Weaver and William Mason in Washington, Georgia.

Fondly known to those in his early childhood as “Plute”, he was reared in Indianapolis from the age of 3. He attended Indianapolis Public Schools 4, 17 and Crispus Attucks High School where he excelled in sports.

Primarily a basketball player, Bill was a member of the historic 1954 Indiana Championship basketball team and was the only Black athlete on the 1954 All Star Basketball Team. Bill’s love of basketball would continue to be a part of his life for many years as a player and mentor. He was inducted into the Indiana Basketball Hall of Fame.

Bill opted for the United States Air Force instead of college and served for four years as a radio operator with the rank of sergeant while also playing much basketball during his tenure (TDY). After being honorably discharged, he joined the General Motors Truck and Bus Group Indianapolis Division where he worked in supervision for 25 years until 1986 when he retired.

He married Virginia Lee Carbon, the love of his life, in 1955. He is survived by his wife Virginia, their daughter, Lauren Kay Mason, family and many, many friends.

PUBLIC HEALTH ANNOUNCEMENT: A capacity of 100 persons will be permitted in the church and the wearing of facial protection is mandatory in public places per Mayor Joe Hogsett.
To order memorial trees or send flowers to the family in memory of William Mason, please visit our flower store.