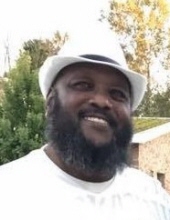 Wilbur resided in East Chicago Indiana, Gary Indiana, East St. Louis Illinois and Indianapolis, Indiana.
Indianapolis, Indiana is where he met and married LeChelle Jameson and they both raised their beloved daughter LeCole.
Wilbur was a graduate of Ivy Technical Community College (Indianapolis) where he earned an Associate’s Degree in Computer Science.

Wilbur was a huge advocate of education and during his daughter’s attendance at Crooked Creek Elementary school, you can often find him volunteering as a math tutor to his daughter and her classmates.
Wilbur had two (2) great loves: his daughter LeCole and football. He would often be seen taking LeCole to her basketball practices/games, helping her with her homework, watching their favorite TV shows together, making her laugh by always acting goofy when she calls him, etc. Being a great father and a father figure was his greatest fulfilling accomplishment. Football was also a great passion of Wilbur. Running a few fantasy football leagues, trash talking and making sure he watched every TV segment and story on all things football was something he enjoyed on a daily basis. His favorite football teams were the Indianapolis Colts and the Dallas Cowboys.

Wilbur enjoyed staying current on world news. When you visit him in his home, you’re sure to find on his TV either MSNBC, CNN, ESPN, or NFL. He loved a good debate on politics and sports.

Wilbur had a heart of gold and a beautiful smile to match. Through all of his health ailments he still found time to smile and help others. Through it all he still kept a positive outlook on life.