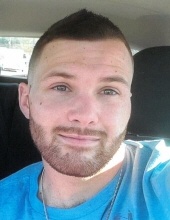 Tyler E. Whittaker, 25, of Indianapolis, Indiana passed away Friday, April 17, 2020. Born Monday, February 13, 1995 in Indianapolis to Richie E. Whittaker and Robin A. Pagley.
Tyler had many loves such as being outdoors, buying new shoes and clothes, hip hop music, playing basketball but his main love was being an uncle to his niece Rian and she absolutely adored him. He was known to have a big and kind heart, he was a strong person, goofy, loving, and silly. He accepted everyone he met with open arms.
Tyler went to Decatur High School and has worked in landscaping for several years. He enjoyed his job and got to be outdoors at the same time.
He is survived by his mother, Robin A. Pagley of Indianapolis; father, Richie E. Whittaker of St. Augustine, FL; sister, Kelsey Siebenthal of Indianapolis; brother, KJ Pagley of Indianapolis; grandpa, Joe Pagley and his wife Vickie of Chillicothe, Ohio; grandpa, Richard Whittaker of Indiana; grandma, Ruth Whittaker of Indiana; many aunts, uncles, and cousins.
He is preceded in death by his grandma, Linda Tom and his stepfather, David Reeves Jr.


There will be a drive through visitation on Monday, April 27, 2020 at Indiana Funeral Care/Greenwood Chapel, 2433 East Main Street, Greenwood, IN 46143 from 2:00 until 4:30 pm.
You may make a memorial contribution to the Tyler’s family through Indiana Funeral Care/Greenwood Chapel.
To order memorial trees or send flowers to the family in memory of Tyler E. Whittaker, please visit our flower store.