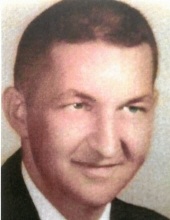 Thomas Edward Korbas, 83, of Greenwood, Indiana passed away on May 26, 2021 at the Roudebush VA Medical Center in Indianapolis, Indiana. Tom was born on May 27, 1937 in Shelby, Ohio to the late John and Mary Korbas.

Tom graduated in 1955 from Shelby High School, where he was a member of the golf team. He served in the US Army and Army reserves from 1960-1966, including time at the DMZ in Korea.

Tom married Judith Hetler in 1963 in Mansfield Ohio. Tom and Judy traveled throughout the continental US and Canada with friends and family and expanded their travels after retirement to include Alaska, Hawaii and several Caribbean islands. Tom was a life-long golfer and played for many years in several golf leagues, as well as playing Sunday mornings with family and friends. He enjoyed TV and movie westerns and military shows, hunting and fishing, playing card games with his grandchildren, and spending time with his large extended family. Tom worked for Ohio Seamless Tube (Tuby) for more than 30 years until he retired in 1999. He was a member of the American Legion and an Honorary Life Member of the Knights of Columbus.

The family thanks the staff at Roudebush VA Medical Center in Indianapolis, IN for their care, support, and compassion.