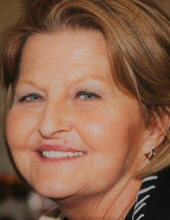 Sue Howard White, 64, of Noblesville, passed away on January 12, 2021, at home surrounded by her family. She lived her Faith fervently. She knew she was going to be with her Heavenly Father and would reunite with two of her brothers, James Lee Stephens and Eric Lewis Stephens, who had preceded her in death on November 11. 2011 as the result of a vehicle crash while on a business trip to Texas.

Sue was born on February 2, 1956 to Lynne Crandall Hess and Richard Lee Stephens, who survive her. Her husband Dennis Eugene White, with whom she had shared unconditional love as well as the joys and sorrows of life for over 35 years, also survives as well as her devoted only child Kyle Andrew Howard. She was also a loving mother to her stepson Stacey (Tracy) White, and stepdaughters Melanie (Kevin) Thompson and Shanna (Terry) Parran.

Additional survivors include her loving stepmother Judy Stephens, brother John Andrew (JoAnn) Stephens of Omaha, NE, sisters Kelly Anne (JR) Roudebush and Stacy Chemelewski both of Hamilton County, and grandsons Corey Andrew Howard and Quinten Thomas Howard of Indianapolis, and step-grandchildren Jeremiah White, Christian, Haley and Baron Smith. Several aunts, uncles, cousins, nieces and nephews also survive her. She loved being a part of a large family which included many people who became part of her extended family. In the fall of 2019, in spite of her failing health, she insisted on helping bring over 60 members of that family together for a fall picnic at Forest Park. Friends and family alike will miss her wonderful sense of humor and her infectious laugh which could fill a room.

She was a graduate of the Noblesville High School Class of 1974 and soon after graduation became employed in the insurance industry. She quickly become an insurance adjuster which was important to her because she loved investigating, solving problems and helping people. Her failing health caused her to retire in 2012 long before she planned. During retirement, she enjoyed her hobbies of drawing and painting, but providing love and care for her rescue Puggle, Scout Finch, also provided much joy and comfort during her illness.
To order memorial trees or send flowers to the family in memory of Sue Howard White, please visit our flower store.