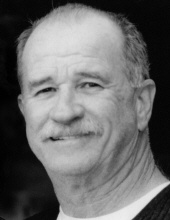 Steven Ross Green, 77 passed away on Tuesday February 11, 2020. Steve was born in Shelbyville, Indiana to Mary and Earl Green on April 15, 1942. He attended IUPUI and spent the first 20 years of his career as an HVAC designer working in the architectural and engineering industry.

He served as a Construction Project Manager on a variety of large commercial and institutional projects throughout Indiana, most notably the Soldiers and Sailors Monument on the Circle in Indianapolis. Steve was married to the love of his life Joann for 38 years. He was the loving father of Steven Anthony (predeceased), Dustin Richard (Mary) and Eric Michael from a previous marriage. Steve and Joann had two children together, twins Hadley Elizabeth (fiancée Samuel Jacobi) and Conner Ross. Steve had five grandchildren; Anders, Samara, Jasmine, Devan and Mckullin and great-grandchildren Isaiah, Alohelonna and Wyatt. He is survived by his sister Sue Ann Jester, brother David Green (Joyce) and sister Dinah Vassar (Jim) and predeceased by his brother Richard Green and sister Jane Oldham.

Steve’s remarkable life will be celebrated at a memorial gathering on Friday, February 21 from 4-7pm at Indiana Landmarks Center, 1201 Central Avenue, 46202. There will be a brief dedication at 5:30 pm.

In lieu of flowers donations may be made to Families First, a local not-for-profit organization supporting families and individuals dealing with life’s challenges and changes. At familiesfirstindiana.org
To order memorial trees or send flowers to the family in memory of Steven Ross Green, please visit our flower store.