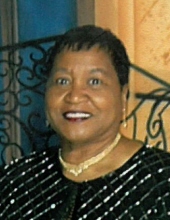 Shirley professed her faith in Christ at a nearly age and was baptized at Phillips Chapel CME in Milan TN.

After moving to Indianapolis at an early age with her young daughter, she met and married Milton Green. To this union she had two more daughters.

After working many years at Methodist hospital and then Shadeland Federal Credit Union, she retired from Pacer Sports and Entertainment.

Shirley transitioned to her eternal home on March 21, 2020 at the age of 85. She was preceeded in death by her loving parents, two very special grandchildren; Jessica Taylor and Leo Green, as well as 7 siblings. She leaves to charish her memorie: her daughters, LaDonna Sharritt, Renee Green, and Sharon Taylor (Sam); 3 stepchildren, Kathryn Hall, Marilyn Wright, and Anthony Wright; her sister Norma Gilbert; 8 grandchildren; 19 great grandchildren; and 11 great great grandchildren.