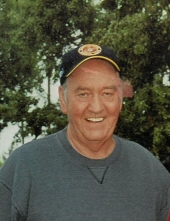 Ronald Eugene Trout, 83, of Pendleton passed away September 21 from an extended illness. He was born February 10, 1937 in Chesterfield. He was a lifelong resident of Pendleton.
Ronnie graduated from Pendleton High School in 1955. He was a veteran of the United States Marine Corps. After 44 years of service he retired from General Motors. Ronnie was a Charter and life member of Amvets Post 26 of Pendleton. He enjoyed hunting, fishing, turtling, and gardening. You were only a stranger to Ronnie but once and loved his friends.
He is survived by son Brook (Dawn) Trout; daughter Jane Bargo and son-in-law Jeff who was a very special friend; sister Diane Trout; grandchildren Maggie Lindamood (husband Ian Valentine Van Camp), Matt Falely, Michael (Alyssa) Fadely, Ronnie Trout, and Bralon Strauser; and three great-grandchildren.
He is preceded in death by his wife Linda; son David Alan Fadely; grandson Broc Strauser; parents Andy and Ethel Trout; brothers Bob and Dick Trout.
A Service will be held October 3 at 11 am followed by a Celebration of Life until 3 pm at the Pendleton Amvets Post 26, 939 S. Broadway. Memorial Contributions can be made to the Post in lieu of flowers.
The family would like to express deep gratitude and appreciation to to all of his close friends who have helped make things easy and comfortable for Ronnie the last few years.
Semper Fidelis
To order memorial trees or send flowers to the family in memory of Ronald Eugene Trout, please visit our flower store.