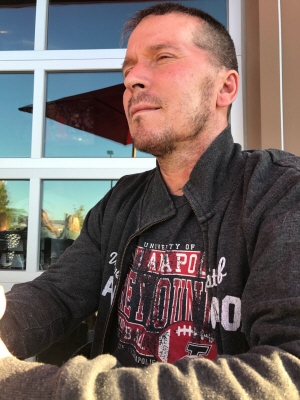 Peacefully and surrounded by his family, Rock J. Bailey went to meet Jesus on December 30, 2021. I am certain he was thinking "peace out, I'm going to see Jesus". Now he is finally getting his spunk and fire back as he is continuing his life long crazy adventures in Heaven.
He was born to Ron Bailey and Rita Bailey (Straber) on March 6, 1968. He was a very loving baby who loved to cuddle. Then he turned two, that is when his love for adventure and curiosity for anything with a motor began. He attended Southside Christian School and continued on to Indianapolis Baptist High School until moving to Florida at 16yrs old. After returning, he married Michelle Baker in 1989. Together, they had Tiffany (Victor), Kelsey (Tony), and Olivia. Then, on November 27, 2009, he married Angela Shinkle and welcomed her daughter, Hannah (Seth), into the family. In total Rock had 4 daughters and 5 grandchildren, with one on the way (Avalynn, Elijah, Rosalie, Finnegan, and Grayson).
Rock is part of a big blended family. His parents are Ron and Vauldra Bailey as well as Rita and Jesse Cothron. His siblings include Jesse Cothron, Scott Cothron (Marilyn), Ronda Cooper (Terry), Christie Ann Gibson (Tom), Jon Bailey, Gary Phelps and Danielle Padgett. He has many nieces and nephews that are loved dearly and a ton of friends that share lots of experiences and memories.
Rock was mentored by his dad, Ron, and his uncle David. This grew his passion for electrical work which he did for 30yrs, training others as he worked. His love for adventure opened his world to dirt bikes he would ride at Laurel as well as countless hours and miles on his Harley, always surrounded by friends. His love for adventure was boundless. His love affair with fear was simultaneously terrifying and awe-inspiring. He had a life that will truly live on in our hearts.
Rock was preceded in death by his brother, Jon Bailey.

To order memorial trees or send flowers to the family in memory of Rock Joseph Bailey, please visit our flower store.