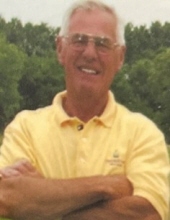 Robert “Bob” Hickman of Fishers Indiana (formerly Granger Indiana) passed away peacefully on March 24, 2022, at Community North Hospital, after a short illness, with his wife at his side.

Bob was born in Rensselaer Indiana on November 19,1940, to the late Herschel and Mildred (Kennedy) Hickman. Bob was the third child and was proceeded in death by his siblings Linda Hanley, Donald Hickman, and Larry Hickman. He is survived by his wife of 56 years, Judith Hickman, and their children Joel (Joy) Hickman, Stacy (Jeff) Huckins and Stephanie Humerickhouse. Two grandsons, Benjamin Hickman, and Robert B. Huckins.

Bob grew up in Mount Ayr and Mishawaka Indiana. He graduated from Mishawaka High School and enlisted in the United States Army. He traveled the world and was stationed in Vietnam.

When he finished his service, he returned to Indiana and attended Ball State University. He majored in Regional and Urban Planning. He graduated in May 1968 and moved to Fort Wayne Indiana to work utilizing his degree. A year later he and wife Judy returned to South Bend Indiana. Bob worked for Simon Brothers and Stanz Food Service until his retirement.

His true calling and love were to play golf and he enjoyed his Saturday league at Elbel Park Golf Course in South Bend. He followed his passion and upon his retirement worked at Knollwood Country Club on the golf course for many years.

In 2000, He and Judy moved to the Indianapolis area to be closer to their children and grandchildren. He continued to work at golf courses, Prairie View Country Club, Ironwood and Sagamore Country Club over the years. He loved being on the course and sharing friendship with all fellow golfers. In 2004, Bob was awarded the Sagamore Award for his outstanding service to the community. Bob will be missed by his Family, Friends, and fellow golfers. A celebration of Bob’s life will be held on Saturday April 23, 2022, 1-3PM at 14695 Geist Ridge Dr. Fishers IN 46040.
To order memorial trees or send flowers to the family in memory of Robert W. Hickman, please visit our flower store.