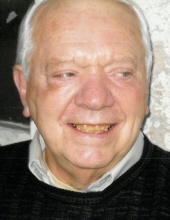 Robert Steve McVey, 82, of Carmel, IN, passed away on September 19, 2021. Steve was born on October 26, 1938 in Atlanta, Indiana to the late Lon Robert McVey and Florence Remsen McVey. He grew up in Sheridan and graduated from Sheridan High School in the class of 1956. Steve earned a BA in History from the University of Indianapolis and completed his Masters Degree in Public Administration at Baruch College, City University of New York.

Steve began working as a clerk at the Indianapolis Office of the FBI in 1956 and became a Special Agent upon completion of his college degree in 1962. His first assignment was in the Tampa, Florida Office followed quickly by assignments in St. Petersburg, Florida and Monterey, California where he was sent to learn Russian. Steve served in the New York City Office for 9 years in both the Counter Espionage and Criminal Investigations squads. He was often asked to talk about his cases and experiences while working for the FBI. Two notable NYC cases that he had a hand in included the Manhattan bank robbery upon which the movie Dog Day Afternoon with Al Pacino was based, and the half million dollar theft of jewelry belonging to the actress Sophia Loren. Steve returned to the Indianapolis Office in 1972 where he became one of the FBI’s first profilers and the Internal and External Training Coordinator. At the time, every officer involved in hostage negotiations and every local police officer and State Police officer received part of their training from Steve. As Indiana’s only profiler, Steve consulted in a number of prominent serial killer and sexual assault cases including the kidnapping and sexual assault of Anita Wooldridge in Kokomo and the apprehension of serial killer Herbert Baumeister. Both of these cases resulted in TV documentaries on FBI Files and A & E’s Investigative Reports respectively.

Following his retirement from the FBI in 1988, Steve enjoyed a second career as a tenured Associate Professor in the School of Technology at Purdue University in Kokomo where he taught Organizational Leadership. He was a much admired teacher and made a difference in the lives of many of his students. During his time at Purdue he published books on workplace and school violence. He also continued to train and teach local police thru his consulting business Personnel Services.

Steve’s hobbies included gardening, making stained glass windows and colorful bird feeders, antiquing and scrounging, and storytelling. He liked to engage in lively discussions on current events, religion, science and philosophy. He recently published a book on reconciling science and religion. He loved all kinds of animals especially dogs, cats, mules and donkeys. While his children were young he raised a number of mules and donkeys and was a member of the Midwest Mule and Donkey Association.

Above all, Steve was a dedicated and loving husband, father and grandpa. He will be greatly missed by his wife of 21 years Sherry Lynch McVey, and by his children - Kimberly McVey Allanson (Tim), Kristen McVey Watson (Chris), Sean McVey (Angie), Carolyn Lynch Grover (Steve) and Matthew Lynch. In addition to his wife and children, Steve is survived by his 8 grandchildren - Jenna Grover, Kate Grover, Tyler McVey, Riley McVey, Samuel Watson, Charlotte Watson, Ted Allanson (Rachel) and Keegan Allanson, and two great grandchildren - Lyla and August Allanson. He was preceded in death by his only sibling, Daniel Neil McVey (Jane Ann).