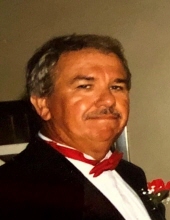 Robert Power, 76, of Indianapolis passed away on January 16, 2021 from COVID-19 after battling Parkinson's disease. He was born to John and Elnora (Patton) Power on April 2, 1944. Bob served in the United States Air Force from August of 1963 until August of 1967. He served on the Honor Guard for JFK prior to his assassination in 1963. Bob retired from Chrysler in 1997 after 30 years of dedicated service.
Bob was known for his fierce independence, even participating in Rock Steady Boxing in order to prolong his independence. He had a way of making people laugh; always ready with a witty punch line and he often gave people nicknames. He loved to play golf. His children have cherished memories of going to play putt-putt with their dad. One of his greatest accomplishments was raising his two children into strong, independent adults to carry on his legacy.
He is survived by his children Tom Power and Angela Hunnicutt; 3 grandchildren; 1 great-grandchild; siblings John Power, Marian Wilson, David Power, and Peggy Rhynearson.
He is preceded in death by his parents, and brother Bill Power.
Funeral Services will be held on Monday, January 25 at Indiana Funeral Care, 8151 Allisonville Road, at 1 pm with visitation prior to the service from 12 - 1 pm. Burial will follow at Oaklandon Cemetery. In lieu of flowers please make donations to Rock Steady Boxing, 7440 N. Shadeland Ave, Ste 202, Indianapolis, IN 46250, or at rocksteadyboxing.org
To order memorial trees or send flowers to the family in memory of Robert Power, please visit our flower store.