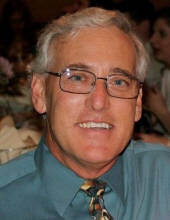 Robert “Bob” Joseph Maurer, 73, of Indiana, passed away on January 2nd after a valiant battle with lung cancer. Bob is predeceased by his parents Herman (Bob) and Janet, and his brother, Rick. He is survived by his wife of 53 years, Debby, his daughter and son in-law Janet and Mark Smith, his son and daughter in-law Robert Joseph II and Laurinda Maurer, his sister and brother in-law Gail and Tim Dickel, his brother and sister in-law David and Cheryl Maurer, his three grandchildren, Katelynn, Tristen and Leland, his 8 nieces and nephews and their 20 children.

Bob was born on June 10th, 1948 to Herman (Bob) and Janet Maurer in Springfield, Illinois. After graduating from Notre Dame High School in 1966, he went on to study Accounting at Indiana State University and graduated with a Bachelor of Science in 1970. Bob later earned a Master’s in Business Administration from Indiana University.

In 1966, Bob met Deborah Ertz and they wed in 1969, going on to have two children, Janet and Robert Joseph II.

After graduation, Bob worked in a variety of industries over the course of 40+ years for companies such as Burroughs in St. Louis, Missouri, National Life & Accident Insurance Company in Nashville, Tennessee, Hyster in Danville, Illinois, Arvin Meritor in Columbus, Indiana, Fort Wayne Foundry in Fort Wayne, Indiana, Weaver Popcorn in Van Buren, Indiana, and he finished his career as the Director of Bottling Finance at Brown-Forman Corporation in Louisville, Kentucky.

As a part of Bob’s last job, he and Debby moved to Georgetown, Indiana where they eventually built their dream home where they lived for nearly 20 years before moving to Fishers, IN this August. After retiring in 2010, Bob spent his time playing tennis and pickleball, taking many trips with his family, fishing, 4-wheeling, gardening and taking care of his 14 acres in Georgetown, he learned to become a beekeeper, spent many hours volunteering at his church Edwardsville United Methodist and served as a Court Appointed Special Advocate (CASA), which is a best-interest advocacy servant that makes a life-changing difference for children and youth who have experienced abuse or neglect, many of whom are in foster care.

The family requests those who wish to express sympathy to consider making a donation to his favorite charity, CASA-River Region at www.casariverregion.org/donate-now in Bob’s honor/memory.
To order memorial trees or send flowers to the family in memory of Robert Joseph Maurer, please visit our flower store.