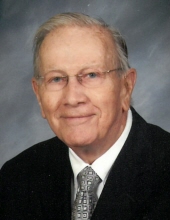 Robert F. “Bob” Waltenbaugh, of Westfield, IN, and formerly of Natrona Heights, PA, passed peacefully into his Savior’s arms on Feb. 14, 2020. He lived 96 extraordinary years and was a delight to all who knew him. His indomitable personality, deep love for his family, and steadfast faith in God are part of his wonderful legacy.

Bob was born on Nov. 11, 1923, to Kenneth and Garnette (Coffman) Waltenbaugh in Brackenridge, PA. The oldest of 6 children, Bob graduated from Har-Brack High School in 1941. His enrollment in Penn State University in 1942 was interrupted by his service in the US Army from 1943 until 1945. After resuming his studies in Mechanical Engineering at PSU, Bob married the love of his life, Jean Bollinger, at the Nittany Lion Inn in State College, PA, on Sept. 21, 1946. After graduating with a BS in Mechanical Engineering in 1949, Bob continued to be a strong supporter of both the university and his fraternity, Theta Chi.

Bob and Jean raised their three children in Natrona Heights, PA, where Bob was very active in his community and Faith Lutheran Church. He was part of the Allegheny Valley Association of Churches and a Young Life Committee Member. He was awarded a Young Life Lifetime Achievement Award in 2003. He even helped to maintain the beautiful lighted cross on the hill that so many people loved. Bob enjoyed gardening, reading, music and dancing with Jean, and he was an avid golfer and fan of the sport. He was proud to be part of “Arnie’s Army.”

Bob’s career as a mechanical engineer included work for Allegheny Ludlum, Gulf Research, United Engineering & Foundry and Wean United. His work gave him opportunities to travel throughout the world and meet new people, both of which he greatly enjoyed. After retirement, Bob and Jean relocated to Cabot, PA, in February, 2003, where they lived at Concordia Lutheran Ministries. Jean passed away three months later, but Bob continued to live as a very active, involved resident and enjoyed the people and his time there immensely. After some heath setbacks in 2015, Bob moved to Indiana to be closer to family. He lived at Copper Trace Assisted Living Facility where he made many new friends whom he grew to love as family. The wonderful care he received at both Concordia and Copper Trace will never be forgotten by Bob’s children.

In accordance with Bob’s wishes, cremation took place in Indiana. A private memorial service will take place in Natrona Heights, PA, and entombment will be at Mt. Airy Cemetery Mausoleum. The family suggests in lieu of flowers that donations be made to Allegheny Valley Young Life, 6003 Freeport Rd., Natrona Heights, PA, 15065, or to SpringHill Camps-Indiana, 2221 W State Rd. 258, Seymour, IN, 47274. Please visit indianafuneralcare.com to share condolences or memories.
To order memorial trees or send flowers to the family in memory of Robert F Waltenbaugh, please visit our flower store.