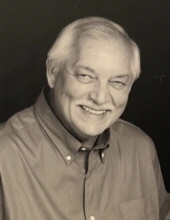 Robert Alexander Messmer II, 76, returned to his heavenly home on March 7, 2022 at Saint Francis Hospital. His devotion to his family, friends and firm belief in God supported him in his struggle and ultimately gave him peace.

Robert was born to the late Robert and Pauline Messmer in Indianapolis, IN on February 11, 1946. He was immersed in the Catholic community that would be his lifelong support from an early age.

Robert retired as a dispatch from Citizens Gas after 36 years of service and from Franciscan Health Indianapolis. He was actively involved with his church and regularly volunteered with St. Anthony and Hunger Inc Food Pantries. He enjoyed his younger years as a restaurant owner and volunteer coach at Southport Little League for girls’ softball. His passion for yard work, building things, helping neighbors and friends, and playing cards speaks to who he was. He is dearly missed by his loved ones, who celebrate the fact that he is at peace with his creator.

Robert is survived by his wife, Diana; his daughters Anne Smock and Darla Johnson; his 5 grandchildren, Kelsey Smock, Kylie Johnson, Jillian Smock, Juliet Smock and Nikolas Smock; and his brother, William Messmer. He was preceded in death by his parents.

The visitation will be held Sunday, March 20, 2022, 3 – 5 p.m., at Indiana Funeral Care Greenwood Chapel. Funeral mass will be held Monday, March 21, 2022, 10 a.m., at St. Barnabas Catholic Church, with burial at Calvary following the mass. In lieu of flowers, donations are being accepted for Hunger Inc Food Panty, 1416 E. Epler PO Box 47573 Indianapolis, IN 46247.
To order memorial trees or send flowers to the family in memory of Robert A. Messmer II, please visit our flower store.