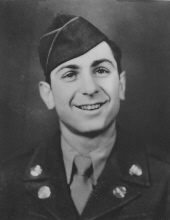 Richard W. Kontos, loving husband and father, passed away peacefully at home in Noblesville Indiana on July 15, 2021, six weeks before his 92nd birthday.

Dick was born in Waukesha, WI, the son of Greek and Italian immigrants. He proudly served his country as an honored Army Veteran of the Korean War. After his military service, Dick had an esteemed career as a contractor in the construction industry, both locally and internationally. Dick was highly philanthropic and served the Indianapolis community as a Shriner for many years. Dick was an ardent supporter and volunteer of the American Heart Association, serving with his wife, Katy, in their Mended Hearts program.

Dick was a man of great faith. He was a very active parishioner of Trinity Episcopal Church for decades. After moving to Morse Reservoir in the early 90’s, he became active in St Michael's Episcopal Church and served on their vestry for many years.

Dick is described by his family as a man of honor and great faith, a wise counselor and passionately dedicated to his wife and family. Dick held himself and everyone in his life to their highest possible standard, and was always the first to offer his praise and support for his family.

Dick was preceded in death by his beloved son, Richard (Rick) Kontos, his brother Ken Kontos, and his great grandson, Jaxon Weaver-Eagle.

Services will be held Tuesday, July 20th at 11am, with visitation beginning at 10am at St. Michael's Episcopal Church in Noblesville, Indiana, followed by a celebration of life also at St. Michael’s church. Donations may be made in Dick’s memory to the following: American Heart Association (www.heart.org/donate) or Disabled American Veterans (www.dav.org/donate).
To order memorial trees or send flowers to the family in memory of Richard William Kontos, please visit our flower store.