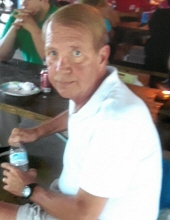 Reid Allen Blankenship, age 65, of Greenwood, Indiana passed away at 3:14 p.m. on Friday, November 15, 2019 at Franciscan Health Campus in Indianapolis, Indiana. He was born to Wallace and Thelma Blankenship on November 5, 1954 in Marian, Indiana.

Reid previously worked in marketing and on radio broadcasting. He was a pilot and naturally flying was his favorite hobby.