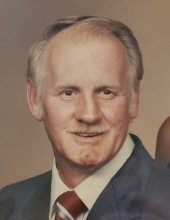 He joined the Air Force in 1956-1960. He worked as a hydraulics specialist on KC-97 Tankers. He was stationed in Germany for a short time, then stationed in England, where he met the love of his life, Rita. They were married and had two children before returning stateside and having two more children. He was a hard worker. He worked many jobs before finding the right fit working as an apprentice at a newspaper and later becoming a pressmen and retiring from the Indianapolis Star News.

His hobbies were bowling, playing horse shoes, darts, checkers, skip-bo, and dominoes. He loved wood working as well. He made many shadows and bird houses.

Paul is preceded in death by his daughter, Amanda Elizabeth, and wife Rita.