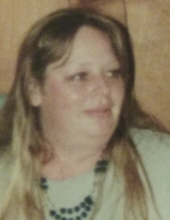 Patricia Louisa (Dykins) Hall, 66, passed away Wednesday, August 26, 2020, at Community North Hospital in Indianapolis.
Patty was born on December 25, 1953, in Buffalo, NY to Neil V. and Violet M. (Franks) Dykins. In 1957 the family moved to Indianapolis, where her father was transferred to continue his career as a tool and die salesman for Houdaille Industries.
Patty graduated from North Central HIgh School in 1972 and then earned an Associate Degree from Antioch College.
She moved to Santa Barbara, CA, in 1979
where she worked as a receptionist for several different companies during her time there. She also held a part-time position as late night DJ, going by Peppermint Patty, for her jazz program City Lights, a sideline she enjoyed very much and at which she excelled.
While in California, she met and married Stanley Clayton (Clay) Hall. Their son Jack was born in 1994.
Patty returned to Indianapolis in 1999, where she once again worked part-time at a radio station. In more recent years she worked as a substitute teacher for Lawrence, Washington Township, and Zionsville school districts. She truly enjoyed teaching, and delighted in inspiring students to seek knowledge and to strive for their goals.
Patty will be greatly missed by her family and friends. She was preceded in death by her parents and by her husband. She is survived by her son, Jack R. Hall (Lanie), granddaughter Evelyn, and her sister, Michelle (Shelley) Mathus.
To order memorial trees or send flowers to the family in memory of Patricia Louisa Hall, please visit our flower store.