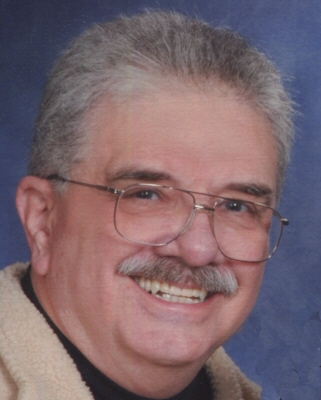 Norman Ward, 73, peacefully passed away Wednesday, September 30, 2020 with his family at his side.

First and foremost, Norm was a child of God and a faithful member of Villa Baptist Church, Indianapolis. The son of Fletcher Rexford Ward and Edith Morris Ward, he was born December 22, 1946 in Jamestown, NY and was reared in Bemus Point, NY, across the street from his beloved Lake Chautauqua.

After graduation from Bemus Point High School in 1965, he left to attend college at Indiana University. Norm served as a police officer for IUPD in Bloomington from 1968 to 1973. He was a member of the third class of the Indiana Law Enforcement Academy, receiving the academic excellence award for that session. Norm worked for GM Chevrolet in Indianapolis from 1973 to 1975, and afterwards was employed in Safety and Security at Allison Transmission in Speedway, from which he retired in 2003.

Norman was a fourth-generation native of Bemus Point, NY. His ancestors emigrated to New York State in the early 1700s and were residents of Chautauqua County since the early 1800s. It is easy to see how his love of and fascination with Lake Chautauqua and its history came naturally. Although he remained in Indiana all these years, his love for Lake Chautauqua never waned.

While there were steamboats on the lake during the years Norm was growing up, their presence had begun to fade away. Norm was concerned that the lake's rich steamboat history would be forever lost to future generations. It was this desire to keep the steamboat history alive that was the impetus for his collecting well over a thousand pictures of the Chautauqua Lake steamers, also known as the "Great White Fleet," and organizing those pictures into several notebooks. Those volumes were given to The Lawson Center in 2018 for all to enjoy and evidence Norm's dedication to preserving Chautauqua's steamboat history for future generations.

Norm was a great story teller, an excellent debater, a woodworker, and his sense of humor and quick wit were unmatched. He was the author of several works on Chautauqua's steamboats as well as many treatises and articles in defense of the King James Bible (KJV 1611).

No formal service will be held at this time, and a celebration of life will be scheduled at a later date.
To order memorial trees or send flowers to the family in memory of Norman Ward, please visit our flower store.