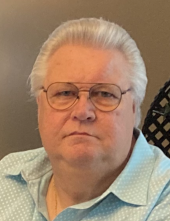 Nicholas Paul Childers, 73 years old, beloved husband and father, passed peacefully surrounded by his loved ones on Thursday evening, October 14, 2021, on his father’s birthday. He left his earthly home at Methodist Hospital where he had fought a valiant battle against a breakout case of Covid-19.

Visitation will be Tuesday October 19, 2021 at 5-8 p.m. at Oakley-Hammond Funeral Home with a Mass of Christian Burial, Wednesday October 20, 2021 at 9:30 a.m. at Our Lady of Lourdes Catholic Church. Indiana Funeral Care is handling the arrangements in collaboration with Oakley Hammond Mortuary.

Nick and his Beck’ would have celebrated their 50th wedding anniversary on May 6th, 2022. This past May, they were blessed with an opportunity to take a trip to the Great Smoky Mountains in Tennessee, where they had honeymooned. They met at Oakland City College, the only two students from Indianapolis. In the midst of a snowstorm at the Sunken Gardens in Garfield Park, Nick professed his love with a proposal of marriage. That was just the beginning of their love story. Whether facing adversity or enjoying the good times, this became their special place. They would often return there for a stroll or just to sit hand-in-hand on a bench while reminiscing about their life and children. Nick loved with a deep devotion.
He was always so proud of his children and grandchildren and enjoyed being involved in whatever they did. His children will miss his jokester and fun-loving personality. Without a doubt they will continue to tell many fond stories about him. Even the youngest and only granddaughter, was adored by her grandpa, who didn’t hesitate to tease her and demonstrate his trademark, cute, little antics.

Nick was born on May 28, 1948 in Indianapolis, Indiana to William Stewart and Pauline Catherine Childers, who preceded him in death. He also leaves behind a sister, Anna Marie (Bill) Amberger and other family members who he loved dearly.
Nick graduated from Oakland City College in Oakland City, Indiana with a bachelor’s degree in science and became a professional analytical chemist. He served as Lab Manager at Circle Prosco, Inc. in Bloomington prior to semi-retirement which led him and his wife to move to Greenwood, Indiana to shorten his drive to work in 2004. He was not one to just sit idle and was an avid people person, so he became a professional chauffeur until he recently took ill.

Nick was a man of faith and never knew an enemy. He had an uncanny way when meeting people that made them feel as though he was a long-time friend. His closest friends meant the world to him, and he treasured them deeply. He lived life to the fullest through simple pleasures and enjoyed cooking and opening his home to others.

Nick is now with his loved ones in heaven; free from fighting a battle that could not be won. On a beautiful day at sunset, while his family encircled him with love, Nick was taken home to God - never to be forgotten, always to be loved.

Even a small donation could help reach the fundraising goal. And if you can't make a donation, it would be great if you could share the fundraiser to help spread the word.
To order memorial trees or send flowers to the family in memory of Nicholas Paul Childers, please visit our flower store.

Our Lady of Lourdes